The synchro aka.  PC jacks of the Neewer S-400N flash are total crap.

The slightest vibration causes plugs to literally jump out of the jack.

The reason for this is that the barrel of the jack is a bit (about 0.5mm) too deep. This prevents the flat spring (that ~5mm wide metal piece) shown here to latch onto the tip of the plug. 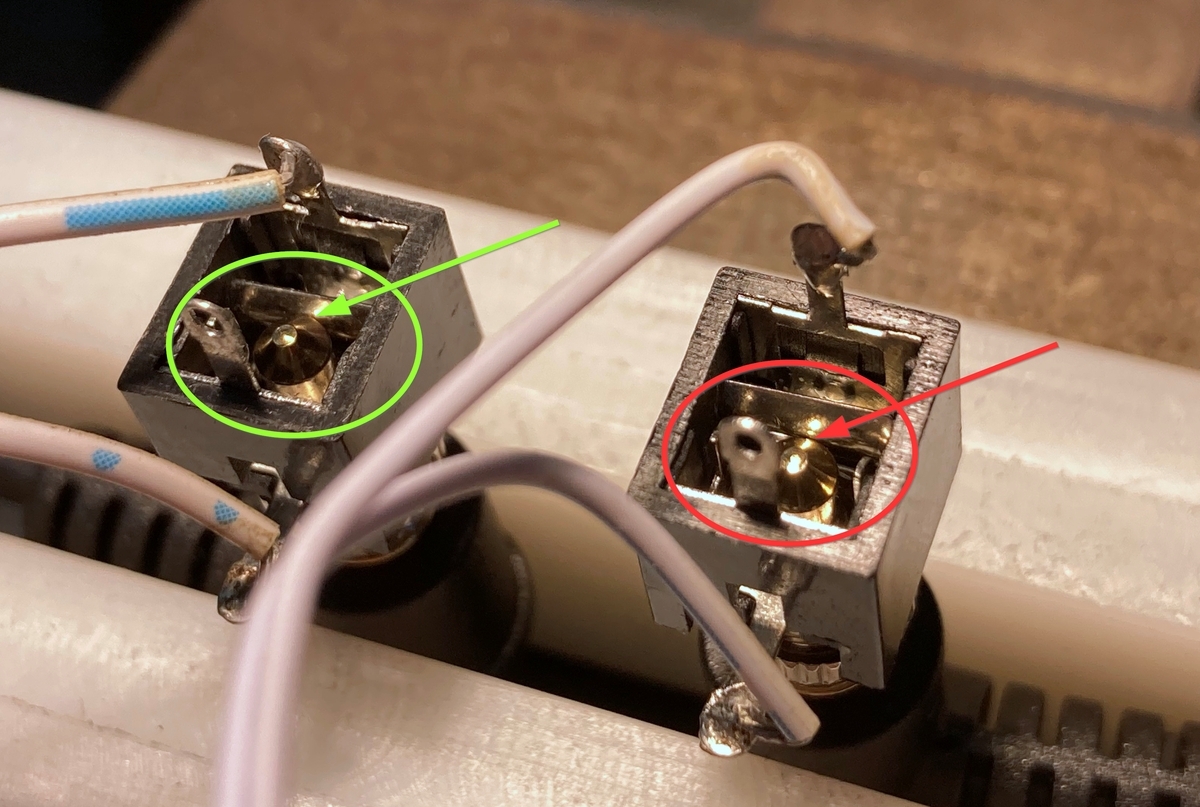 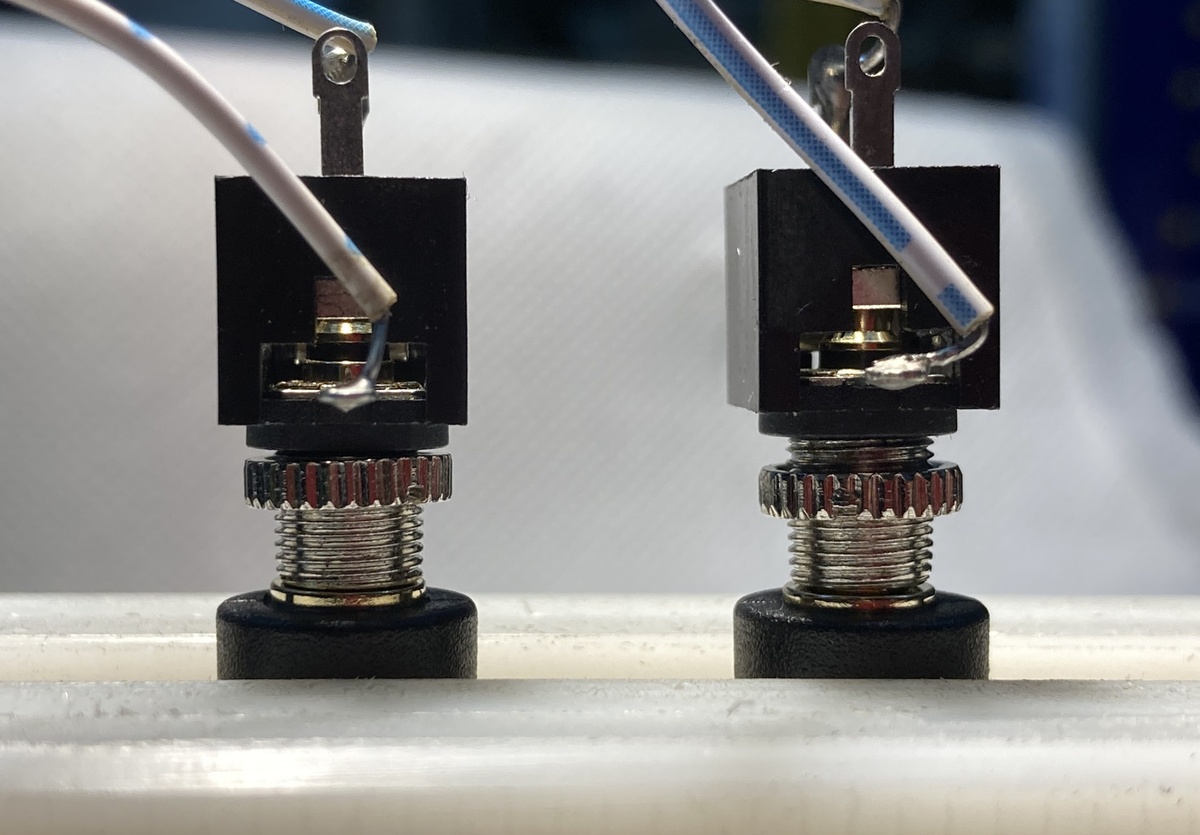 On the left the modified (shortend) jack, on the right the original on.